Disclaimer: These are helpful suggestions. Even if you follow all everything in this article, it does not mean you will not be robbed. Use LocalBitcoins at your own risk. You are responsible for the protection of your money.

LocalBitcoins.com is a wonderful service that allows people to connect with each other to sell and buy bitcoin in person. The advantages of this are enormous. Unlike online exchanges, there is no waiting period. Bitcoins arrive instantly after the exchange. Exchanging in person is more anonymous since you don’t have to give sensitive private information to online exchanges. Meeting with stranger in to exchange money is not safe, if you don’t know what you are doing. I will explain the basics of how to use localbitcoins, as well as important tips for staying safe while using the service.

How Does It Work?

To use LocalBitcoins you need to sign up for account. Signing up takes seconds, all that is needed is a password, username, and email. There are several ways to buy or sell bitcoins on LocalBitcoins. The easiest way is contacting people who have already posted ad. You can click on the Sell or Buy tab at the top of the page, depending on which one you want to do, and this will bring you to a page with numerous people looking to exchange. You can tailor what you are looking for from there, but they start you off with offers from people in your local area. After finding a trade that interests you, click on the ad and tell them how much you want to sell or buy. If you are selling bitcoin, you will need to fill in your LocalBitcoins wallet with the amount you wish to sell, buyers don’t need to load any bitcoins, before you are able to contact the buyer.

Then, through LocalBitcoin’s messenger, you can arrange where to meet and what time to do the exchange. After deciding on a place and time, tips on that later in the article, head to the place at the correct time and location. The person exchanging bitcoins will need to sign into his LocalBitcoins account and click on the trade, which can be found in the dashboard.There are several ways to do it, but the person who will be selling his bitcoins will need to need to release the bitcoins when they are exchanged for cash. After both parties get what they came for, cash or bitcoin, they can go the their separate ways.

How To Not Get Robbed

While I and many others have used LocalBitcoins without ever being robbed, it is always a good idea to use precautions when exchanging money. Being prepared, and knowing what you are doing can deter criminals from ever attempting to steal from you. Thieves, like other criminals tend to prey on the unaware because they are easier targets.

Meeting at night, when visibility is lower and less people around, is a bad idea. The best time to meet is during the daylight, around the afternoon. It might be difficult to meet at this time for some people during the weekdays and that is why weekends might be ideal.

How secure the location is very important, and obviously, wifi is a must. Five popular and safe spots to exchange bitcoin are Starbucks, McDonalds, Subway, Mom And Pa coffee shops, and restaurants. It is even better if one of these locations has or is near security guards. Shopping malls usually have security guards.

When picking where to sit, try to pick a spot that gives both of you plenty of space. A table between between both of you is the best, which allows both participants to feel comfortable.

Head to the location a little bit early, with what you will need for the exchange. Sign into your LocalBitcoins account on their phone or laptop, and be ready to release the bitcoins. It is important not to send the bitcoins until the physical exchange. Show the peirson you are exchanging with that are ready to release the bitcoins. The person exchanging fiat should count the cash and put it on the table. Check the bills to see if they counterfeit bills. If they check out, release bitcoins and take the cash.

How To Spot Counterfeit Bills

With counterfeits being less 0.01% of U.S. paper currency in circulation, it is not a huge problem, but getting stuck with fake bills is not ideal. One way to spot a fake is to use a magnifying glass to closely analyze the bill. A easy identifier for a real bill is to look at the the rim of the portrait of the president in the middle. There should be the phrase “THE UNITED STATES OF AMERICA” repeated along the sides of the portrait. Another easy way to spot a fake, is to make sure the serial numbers, located in the in the left upper corner and the right lower corner, are the same. Here is a more detailed tutorial on spotting counterfeits.

It is not a good idea to stick around in the area after the exchange. Even if you do not have cash on you, it best to avoid any curious bystanders that may cause problems. On top of that, you should leave by some means other than walking – bike, car, taxi, or bus. This will ensure you will not be hassled or rob by anyone who saw the transaction.

Having Trouble With Cops

It is not illegal in any state of the United States to exchange bitcoin, but it does not mean everything done with bitcoin is legal. Exchanging more than $10,000 can land you in trouble. Or laundering money obtained through illegal means like robbery, or selling drugs through bitcoin.

Two men from Miami, Florida faced charges for two counts of money laundering and one count of engaging in an unlicensed money servicing business after a secret service agent, working undercover, bought $55,000 worth of bitcoins, combined, from the two LocalBitcoins sellers. The secret service agent told the two sellers that he was buying bitcoins in order to launder money he got from credit card scams. Instead of the sellers stopping the exchange, and notifying the police, they decided to go through with the exchange.

A person on BitcoinTalk.org, a very popular bitcoin forum, reported his experience being tempted to break the law by an undercover cop while trying to sell bitcoins to him. While the beginning of the interaction seemed normal, towards the end of the transaction the buyer started saying strange things. According to the BitcoinTalk member, the undercover cop said, “You know, if someone needs to get hurt, I can do that.” and when the BitcoinTalk member did not take the bait, he followed up with, “Oh, ok. I can get like whatever you need though. Weed, ecstasy..whatever.” Instead of continuing the sale, the BitcoinTalk member stopped the transaction there, and said he can not legally sell bitcoins to him if he was going to use them for illegal purposes. While that was certainly a undercover cop trying to find crooked LocalBitcoins sellers, the seller never got arrested like the two other men. The reason being, he used common sense and stopped the exchange when he obviously saw that the bitcoins were going to be used for illegal purposes. If you do the same, you won’t have any problems with the law enforcement.

It is also important to make sure your bitcoins being held in LocalBitcoin’s wallet are safe. LocalBitcoin’s is a hot wallet, which makes it not too secure. A hot wallet is a bitcoin wallet that is hosted on the web. The opposite of hot wallets are cold wallets, which are stored offline and more secure. The LocalBitcoins wallet should actually be considered even less secure than regular hot wallets because you will regularly be connecting to public wifi while logged into the wallet. That is why is good idea not to store bitcoins in the wallet. Instead, only have the amount of bitcoins in the wallet that you need for the transaction. 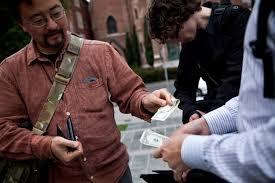 Exchanging bitcoins in person is a great way to transact. No hassle signing up, more privacy and anonymous, and bitcoins are in your wallet the same day. There is the extra risk of meeting in person and getting robbed, though. While tens of thousands, if not hundreds of thousands have used LocalBitcoin’s without any problem from police or thieves, when dealing with money it is best to be safe rather than sorry. 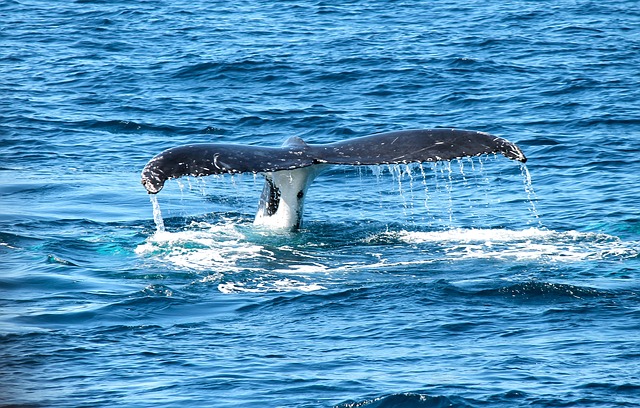 1
How To Sell A Large Amount Of Bitcoin 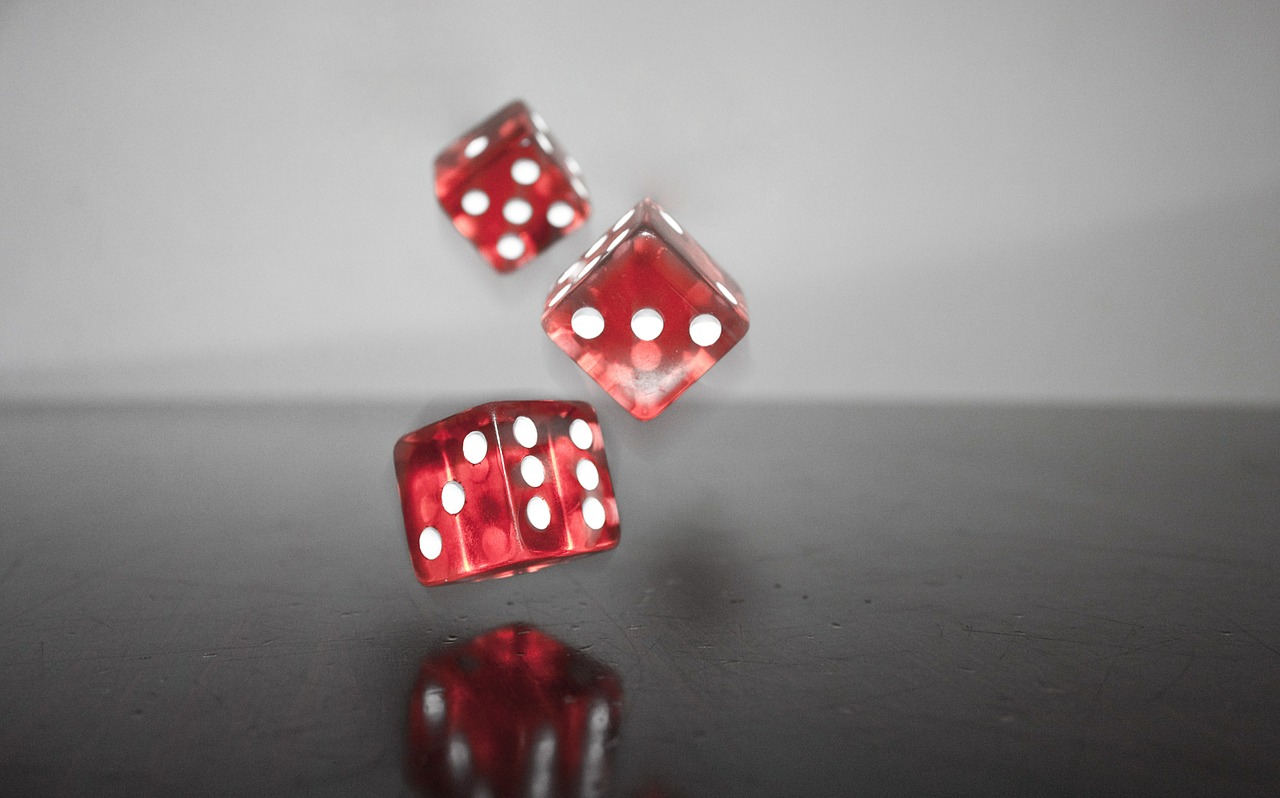 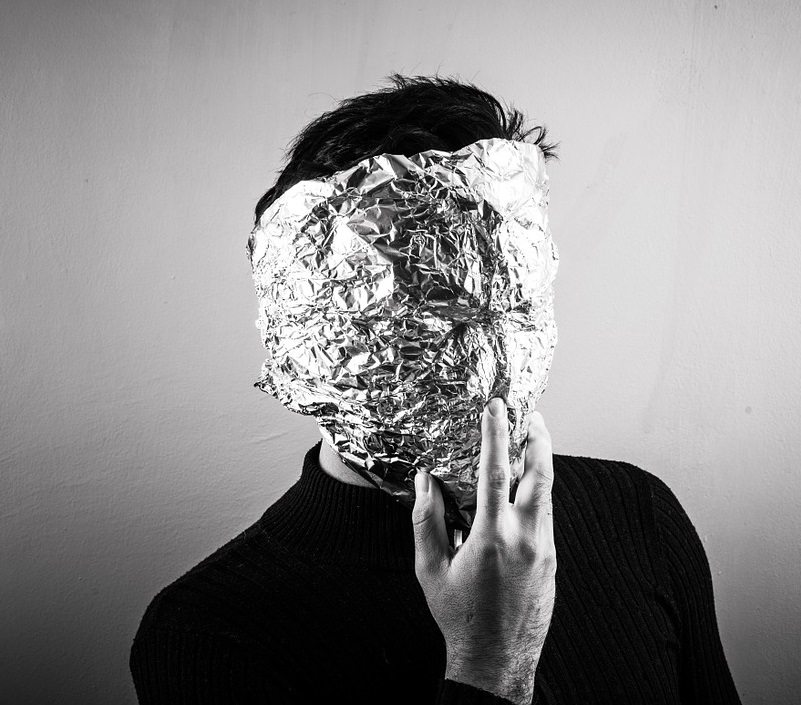